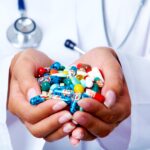 Television advertising for psychiatric medications seems to have become as regular as commercials for automobiles, miracle cookware, or cosmetics. We are shown beautiful young men and women enjoying their friends and family, as we are also told that they have major depressions, bipolar moods, insomnia, and other potentially debilitating conditions.

Certainly these ads help de-stigmatize mental illness by showing that anyone can suffer from psychiatric problems. They present an optimistic view of successful treatment, a healthy productive life, and the assurance of better living through chemistry. Appropriately, they provide the legal disclaimers that these medications might cause some side effects and are potentially life threatening, but the likelihood is probably small and the image of a potential cure is obviously seductive.

The Motivation Behind Psychiatric Medication Ads

But also consider what else may be motivating these ads. These are not products that anyone can go out and buy like a car, a non-stick pan, or anti-wrinkle cream. These are products carefully controlled by the FDA to be dispensed only by licensed medical providers with an expertise in psychiatric disorders.

The target audience is presumably people who are suffering from serious mental health complications and/or their family members. If the intent of the advertisers were to help people seek psychiatric care, they would be promoting clinics, counseling centers, healthy lifestyle choices, and sources of information, as seen in public service announcements. Instead, they are targeting a vulnerable population with an implied promise of a cure that is not really supported by scientific research.

This is not to say that psychiatric medications are not helpful–they clearly are.  But they are not curative. The ads promote the theory that psychiatric disorders have been proven to be medical illnesses, which is not exactly true. The ads further assert that the cause of these conditions is specifically known and that these medications will correct the imbalance or deficiency the person is plagued with—also not exactly true!

In my 30+ years as a clinical psychologist I have seem many patients benefit from the use of medications, but I have never seen a patient cured by medication.  The combination of medication, psychotherapy, and lifestyle change has the best likelihood of helping people survive and thrive, so why isn’t that being made more explicit?

I believe that the subtext to psychiatric medication ads is the promoting of helplessness and dependency in the public. That is, the ads promote the position of the patient as defective, damaged, or victimized.

There is no question that people are biological creatures constituted by a remarkably complex physiology and neuroanatomy. People are also creative, imaginative, and intelligent creatures who experience life with a remarkable capacity for change and adaptation. Everything we do or think or feel is accompanied by changes in our physiology, biochemistry, and neuroanatomy, but that does not mean that these processes determine us. Rather, biological processes are descriptions of how we function.

An increase in neurotransmitter levels may enhance a mood, whether by ingesting a medication, or by engaging in meditative or pleasurable activities. The causal relationship between biochemistry and mental states goes in both directions. By taking active roles in improving their lives, people can foster a healing that extends to the deepest levels of their physical existence.

To equate the effects of a medication with the definition of a mental experience would be like saying that a headache is caused by an aspirin deficiency. The aspirin can help, but its absence is not the reason for the headache any more than lowered serotonin level is the reason for depression.  For those people who may have a genetic, or otherwise inborn tendency toward a depressive way of being, medications may prove to be a godsend. These people will also greatly benefit from being helped to reconsider how they manage their lives, relate to others, and pursue their dreams.

Our Potential In the World

Mental illness may be an inevitable consequence of the human endeavor to redesign nature into a world that is safe, fair, and rewarding. We cannot eliminate the reality of nature’s forces or its occasional cruelty and tragedy. As humans, we face the disappointments of elusive ideals and the limitations of our ability to control our destiny. We must also consider the extent to which the world we have created for ourselves may be responsible for eliciting what we call mental illness. We are not the world, only participants in it who have a potential to think, choose, and survive with the help of others.

Mindfulness meditation practices and psychotherapy provide alternatives that can improve well-being, without diverting attention from the individual’s role in defining his or her life’s journey.

To find online courses for continuing professional development in psychoanalysis and other areas of psychology, see our list of courses on promoting diversity, modern systems theory, psychodynamics, mindfulness, and more. 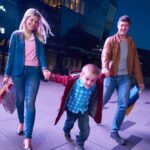 I once read an article by Jordan Smoller called, “The Etiology and Treatment of Childhood.”[1] It was a satirical article that described childhood as a mental disorder. He noted that childhood is congenital, is characterized by temporary dwarfism, is marked by emotional instability and immaturity, and that children have knowledge deficits and legume anorexia. Mercifully, most children recover from this condition over time.

While clearly the article was meant as a spoof on the Diagnostic and Statistical Manual of Mental Disorders (DSM), the standard reference guide for mental health providers in the U.S., the implications of this article are quite serious.  Children are being diagnosed with mental illnesses at an alarming rate and being medicated for those conditions with increasing regularity.

Over Diagnosing of Attention Deficit/Hyperactivity Disorder

Consider the case of Attention Deficit/Hyperactivity Disorder. This is a condition where a child is unable to constrain his/her behavior to the requirements of a given social context. We are not talking about criminal or psychopathic behavior, but rather the inability to sit still in a classroom, restaurant, doctor’s office, or other such environment where conformity is expected.

Fifty years ago this condition was called Minimal Brain Dysfunction (for extreme cases) and was thought to be the result of a mild form of brain compromise that was not explicitly evident but could be assumed. The term fell into disrepute when parents resisted having their children stigmatized as damaged goods.

Then, sometime in the 1980’s, the atmosphere changed and the former stigma became, for some parents, an embraced diagnosis of ADD (then called Attention Deficit Disorder, with hyperactivity as a sub-type).

Why the change? ADD was classified as a learning disability that entitled children to special accommodations in the classroom and on standardized tests. Not only were schools required by federal law to provide preferential seating in the classroom, but the students could also have less, or no, homework, extra time on exams, less rigorous exam standards, and counseling and tutoring services (also subsidized by federal funds).

I am not suggesting that all children and parents took unfair advantage of the system. Many children needed these services and greatly benefitted from them. Some students also received these services in order to give them a competitive advantage for college placements.

I am not faulting parents for trying to get what they can to make their child’s life better and their future more promising. In fact, as a psychologist, my profession has profited greatly from this boon, as have college guidance counselors, and educational therapists. No one has profited more, however, than the pharmaceutical industry, which supplies medications to enhance focus, concentration, and task performance.  In my view, the issue of ADHD is only the beginning of a much larger problem—the pathologizing of children.

Over the past few decades we have seen enormous rises in the diagnosis of autistic spectrum disorders, bipolar disorders, depression, and obsessive-compulsive disorders in children and adolescents. It is possible that the mental health of this population is deteriorating at an epidemic rate. It is also possible that children are being dangerously over-diagnosed. Note also, that the rates of diagnosis are unique to the U.S. and disproportionately represented in middle and upper-middle class families.[2]

What Can Parents Do If They Think Their Child’s Behavior Is Questioned?

So what can be done?

First, parents need to step back and question the basis for a child’s diagnosis. If a child’s behavior is being called “pathological,” what is the normal standard for a child of the same age and sex? Nowhere in the DSM is there a guide for determining at what point a child’s restlessness, for instance, exceeds normal standards. The diagnostic criteria instead say “often.” Not how often, or too often, just “often.”

Second, parents and doctors need to consider the context of the child’s life. If the parents are divorced and the child lives alternatively in either home, how might that stress affect concentration and attention? Or how interesting is the classroom for the child?  Maybe a different teacher or school would be a better fit for the child.

Third, how much sleep is the child getting each night? Half of the children I have assessed for “inattentiveness” were sleep deprived. The child may be going to bed at 8:00, but may be on a smartphone, iPad, or computer until late in the evening. Furthermore, a sleep-deprived child may be depressed or anxious, not necessarily “suffering” from ADHD.

Fourth, doctors, psychologists, and teachers often base their diagnosis on checklists. This can be a somewhat useful starting point, but is irresponsible as a stand-alone assessment. No checklist is a substitute for knowing the person of the child. Consider that chest pain could be a heart attack or it could be indigestion! A restless, inattentive child may be lonely, sad, afraid, etc. While these conflicts and challenges are difficult and distressing, they are not necessarily signs of mental illness.

Finally, if there is a reasonable suspicion of some mental health issue, a competent specialist should be involved to thoroughly assess the child, the family, and the surrounding circumstances.  What diagnoses have been explored, evaluated, and ruled out? A range of possible interventions should be considered, with priority given to those that are the safest, least invasive, and most likely to be helpful. A child’s mental health is not the place to shop for bargains or quick fixes.

I constantly remind my graduate students that diagnosis is more about the person than the illness and that children are people, not disorders.

Professionals who want to learn more about psychoanalysis, developing an analytic mindset, and more topics for continuing education in mental health counseling, see a list of our online courses.

[1] Published in the book by G. Ellenbogen (1982), Oral Sadism and the Vegetarian Personality, a collection of satirical psychological articles.