How Can Psychotherapy Help? 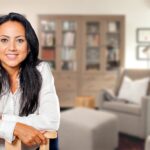 Television commercials for the latest pharmaceuticals inform the public that a person’s misery is likely the result of undiagnosed or unmedicated mental illness. We are shown depressed, manic, and psychotic people miraculously transformed by a new drug that will return them to happy and productive lives (albeit with the legal disclaimer that there may be a host of significant, even fatal, side effects). But the take-away is clear, if you are unhappy in your life you have a medical disease that is victimizing your happiness. Can psychotherapy help? What possible benefit could come from talking to a therapist?

Can psychotherapy help? Freud introduced the “talking cure” as an alternative to the radical, and sometimes barbaric, treatment of persons who suffered from psychological distress. For over 100 years we have seen the growth of psychotherapeutic treatments evolve into many forms whose effectiveness rivals that of medications. These treatments typically center around the significance of human-to-human relationships that provide acceptance, empathy, and self-empowerment. How can psychotherapy help? Patients are helped to find a voice for their personal truths that expresses how they have come to understand themselves and others and to challenge beliefs that may not be valid. The therapist’s role serves to facilitate that self-expression and to bear witness to truths that may seem unspeakable. The goal is not to be a panacea for the human condition, but rather to help persons develop and sustain the necessary skills to manage life with dignity and humility.