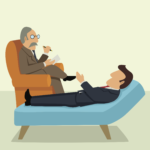 The profession of psychotherapy has been around for over 100 years, with less formal versions of personal consultation going back to biblical times.  So why is it that the voluntary seeking of psychotherapy can be such a polarizing issue?

Skeptics of psychotherapy cast doubts on the effectiveness of “talk” to change anything in a substantive manner.  Human beings are talkative creatures, so what is so special about talking to a psychotherapist rather than to a hairdresser, bar tender, cab driver, or next-door neighbor?  “If all therapists do is talk, then I can get that anywhere, and for a lot less than $150 per hour!”

But talking is only one part of the picture.  An even more significant aspect of psychotherapy is the therapist’s capacity to hear what is being said—not just with words, but also in a larger implicit sense—hearing the meaning of a person’s truth.

Some advocates of psychotherapy might argue that it has changed their lives, saved their marriages, or even freed them from a life of abuse.

What does seem clear to me though is that many people are afraid of psychotherapy.  Considering how therapists get portrayed in movies or the embarrassing presentation of media psychologists, there seems to be good reason to fear them.  I am often asked if psychotherapists are motivated by their own deep-seated issues and if they are as “crazy” as the people that they portend to treat?  My answer is simply . . . of course!  Being human is, in itself, a crazy proposition.  We live in an artificial world of our own invention by rules we make up, and we kill ourselves needlessly in wars, with drugs, on highways, in airplanes, and sometimes for pleasure.  There is good reason to think humans are crazy!

Yes, we do good things too, and we invented science and ethics and laws.  But while it is easy to be seduced into exalting the remarkable advances produced by the human race, our fellow (nonhuman) creatures may have a profoundly different opinion of us—if we could only hear them speak!  Humans have one foot in a virtual world of seemingly limitless creativity that seems wonderful, if not artificial, and the other in a biological reality, with specific needs and limitations.  People need to be nurtured, for instance, by another person who will validate their existence and uniqueness.  (Think about how painful it can feel to be ignored, or have your feelings and thoughts dismissed and devalued).

Perhaps the most valuable contribution made by the profession of psychotherapy has been to create an industry designed to help persons retain their connection to their humanity.  In spite of all we have invented, we remain fragile living organisms, clinging to each other for survival—a reminder that there is no substitute for real human contact.

With dozens of forms of psychotherapy to choose from, what they all have in common is that they provide a private, protected space, where the challenge of being alive can be acknowledged and supported by another who respects and listens to the struggle for sanity.

A good resource for clinicians for more information on the complexities of the therapeutic relationship is the course Psychodynamics of the Therapeutic Relationship. 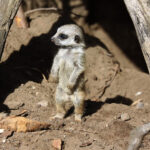