Some of you have read my earlier blog, “Isn’t Psychoanalysis Dead?”  I lamented that psychoanalytic theory is often excluded from discussions in psychology courses—at what I believe is a great loss to future clinicians’ ability to understand their clients/patients deeply.  Well, I recently ran into another example of the value of psychoanalysis, of its omission from typical training, and of the limitations that excluding it from training may pose to successful treatment, even beyond psychotherapy.

I was recently talking with a young woman who is completing her doctorate in Physical Therapy.  When she learned that I am a psychologist, she mentioned that she’d taken Abnormal Psychology to fulfill an undergraduate requirement and how interesting parts of the course had been.  “Which parts had been most helpful?” I asked, trying to gain some pointers for my own upcoming class in Abnormal Psychology, which includes many exercise science majors.  She noted that, while depression and anxiety can affect a person’s physical health, some things in the course hadn’t felt relevant–she felt the course had been too limited.  And then SHE began lamenting that no one had ever even talked about Freud or the possible value of psychoanalysis or psychoanalytic psychotherapy.  She added that her psychology instructor had said they would be skipping the chapter on psychoanalytic theory “because no one uses it anymore.”  She continued, “sure, he developed his theory a century ago, and some aspects may make more sense than others, but wasn’t some of it still helpful to know?  And what about all the new stuff now coming out in neuropsychology and neuro psychoanalysis?  Aren’t psychology teachers aware of it?”  One of her colleagues, who apparently had been introduced to some basics in psychoanalytic theory, commented that he’d actually recently seen a case of a Conversion Disorder, with physical symptoms without physical basis—“like with Anna O!”  He noted the many possible connections between some physical symptoms and unconscious conflicts, and how helpful that notion had been to his work.  Having many lenses through which to understand an individual’s experience is helpful to those in fields both inside and outside of psychology. 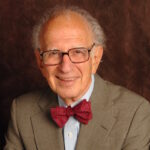 Eric Kandel, renowned neuroscientist, would agree with the enormous value of psychoanalysis.  I know I’ve quoted Kandel before, but he’s a Nobel Laureate(!) and worth mentioning again.  In 1999, he wrote, “…psychoanalysis enters the twenty-first century with its influence in decline.  This decline is regrettable, since psychoanalysis still represents the most coherent and intellectually satisfying view of the mind” (1999, p. 505).

Writing about couples therapy, Judith Siegel, well-respected object relations couple therapist, has also noted that, “while object relations concepts provide a wealth of information regarding the ways family systems influence their offspring and the ways grown children revisit these influences as they select partners and engage in adult intimacy” (2010, p. 134), “today’s therapists enter training programs that do not uniformly include the psychoanalytic theories that were previously regarded as the cornerstone of therapy” (2010, p. 134).

And it isn’t just recent courses in psychology.  I too—several decades ago—had been taught that psychoanalytic theory had long since been “disproven.”  (Just as I’d also been taught that the whole nature-nurture debate had been settled…)  In a graduate psychology class, I’d even written a paper extolling the virtues of cognitive-behavioral approaches and arguing that psychoanalytic theory was a waste of time.  And I believed it.  Until I began to work with clients/patients for whom CBT was not enough…

Don’t get me wrong.  I do believe that CBT can be helpful, as can humanistic approaches, Gestalt therapy, narrative therapy, mindfulness exercises, etc. etc.  But therapy is not a “one size fits all” undertaking.  The value of psychoanalysis is that it respect the “individualness” of the individual–it provides us with means to promote an awareness and understanding of the inner world and its influence over relationships in our patients.  Psychoanalytic theory provides a valuable lens through which to understand the human condition and our patients’ suffering, and tools to help them build a meaningful life.

What was your introduction to psychoanalytic theory in your own undergraduate and/or graduate training?  Was it dismissed for you as well?  I’m wondering if this is primarily an American phenomenon, or if it’s world-wide and would love to get your input!

Please email me at mgersonphd@psychstudies.net regarding your experiences, and indicate whether I may share them in a future blog.