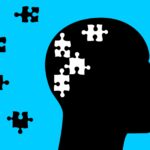 For many years, British psychologist Richard Bentall has promoted rethinking about the way psychiatric diagnosis has been conceptualized. When I first read his book, Madness Explained (Bentall, 2006), I was immediately impressed by his carefully researched and referenced arguments that challenged many mainstream views on mental illness. For example, he challenged the prevailing assertion that genetic research has demonstrated conclusive evidence that schizophrenia and bipolar illness are genetically determined and are fundamentally medical diseases. His work is careful not to rehash outdated arguments of nature versus nurture or mind/body dichotomies, but rather to put into proper focus the evidence and limitations of such research.

Bentall’s justification for abandoning the Kraepelinian model for mental illness is built upon Kraepelin’s presupposition that mental disorders are discreet entities, like diseases. The medical model of madness insists that mental disorders exhibit the same characteristics as physical processes and have etiologies rooted in identifiable alterations of the organism’s structure. To that end, neurotransmitters, brain regions, and genetic associations have been researched and are promoted as causal.

However, biochemistry, structure, and ancestry do not directly predict any mental disorder and are, rather, descriptions of how the human organism functions—not why. Whereas some neurotransmitters are clearly related to certain psychological phenomena, such as pleasure, excitement, or comfort, none are pathognomonic to any specific conditions. In fact, no specific genetic findings for specific mental illnesses have been established. Instead, research is favoring multiple etiological factors as both biological and experiential.

Given the complexity of contributing factors, Bentall also notes that some psychiatric categories are outdated artifacts of ancient traditions and concepts. Schizophrenia is not a “split mind,” nor is hysteria a “wandering womb.”  Instead, Bentall proposes a psychiatric diagnosis based on the patient’s presenting complaints, with careful consideration being given to hearing the patient’s life story. The need for an encompassing category (i.e., a psychiatric diagnosis) is both unnecessary and potentially misleading. He advocates for the individuality of the patient, rather than the fitting of the patient into preconceived categories.

Given the constantly expanding number of mental disorders being developed by the DSM system (American Psychiatric Association, 2013), it is clear that no category completely captures the significance of each patient’s needs. When used as a glossary of technical terms, the DSM is clearly useful for operational definitions; where it fails to be useful is in capturing the humanity of the patients under examination. Perhaps the consideration in the DSM-5 for dimensional diagnoses, as seen in the section on personality disorders, may extend across all of the conditions.

Perhaps too, we will stop talking about conditions or disorders, and consider people. Ironically, at the same time that progressive societies espouse the importance of difference and tolerance, we are also pathologizing and labelling each other with great confidence.

For more on diagnosis, see DSM-5 Diagnoses and Defenses.

Bentall, R. (2006). Madness explained: Why we must reject the Kraepelinian paradigm and replace it with a “complaint-oriented” approach to understanding mental illness. Medical Hypotheses, 66, 220-233.