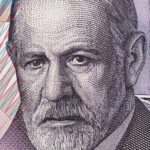 I heard the question again just last week, this time from an undergraduate in my Abnormal Psychology class. I’ve heard it many times over the years, from colleagues and grad students as well. I had also been taught, all through college and throughout graduate training, that no one considered Freud’s work anymore. I suspect that most Americans have been taught the same.

I left my graduate training, armed with all the “best practices” in “empirically-based” primarily cognitive and behavioral techniques. I recall arguing with colleagues who mentioned psychoanalysis or psychodynamic approaches that research had not demonstrated their effectiveness. When one colleague commented that some patients had found them to be helpful, I privately wondered about his competence as a clinician.

Then I met Mary. She had been referred to me for depression. No problem, I thought. Lots of techniques had been demonstrated empirically to be effective in treating depression. When she asked if she could leave a cup in my office because medication had made her mouth dry, I had been trained to think only in terms of the practicality of having a cup available. But I quickly came to understand that such questions, and many others that followed, had far deeper significance—dependency needs, unconscious tests regarding acceptance, attempts to challenge boundaries, splitting. Her feelings—and relationship with me—were filled with turmoil. Idealizations swung to devaluations, and back again. She raged and despaired. She challenged all of my beliefs about the therapeutic process as manageable by the “right” charts and techniques.

I feel so fortunate to have met Mary early in my practice. To this day, I do believe that cognitive and behavioral techniques have merit, but I also see the enormous value of psychodynamic psychotherapy, as well as humanistic, emotion-focused, supportive, and countless other approaches. Humans are very complex creatures. Each therapeutic approach provides us with a lens through which to view a person. I believe we have a responsibility to become as familiar as we can with multiple ways of viewing each case, so that we can best address our patients’ needs in the moment, and as they evolve.

I was heartened to hear a comment from another student later in the week that she appreciated that I included psychoanalytic approaches when talking about treatment options with patients. Interestingly, she is a foreign exchange student from a region of the world where such approaches are generally understood to be of value.

To quote Eric Kandel, neuroscientist and Nobel Laureate, “Psychoanalysis still represents the most coherent and intellectually satisfying view of the mind” (American Journal of Psychiatry, 1999).

For the basics of psychoanalytic theory, see the course Classical Psychoanalytic Theory.  For more on the psychotherapeutic relationship, you may find Psychodynamics of the Therapeutic Relationship interesting.