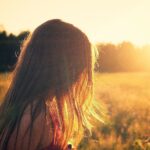 As a psychoanalytic psychologist who has specialized in treating children and adolescents, I have often been asked how psychoanalysis can benefit children. Given society’s attention to scientific evidence-based data, one would expect that theories that consider instincts, drives, and Oedipal Complexes must be archaic and obsolete.

Much of contemporary thought on psychotherapy seems to embrace treatments aimed at reducing problematic behavior, either through medication or learning theory principles of reward, punishment, and extinction. And while such focused treatment goals can appear efficient and simple, they typically result in temporary changes, or, more tragically, confirm a perception of the child as defective or pathological, hence the rise of diagnosed mental illness in children.

All people, and especially children, are in a constant process of growth and change. As living organisms, we are evolving creatures that adapt to the demands of life filtered through our emotional and cognitive systems. We are more than sensing organisms endowed with neurological and biochemical processes; rather, we are feeling and thinking beings seeking to understand and be understood.

Any parent who has had the privilege to observe an infant’s maturation toward adulthood should be astonished by the emergent capacities of the child. Sensorimotor abilities proceed at an amazing pace wherein infantile helplessness transforms into searching, grasping, crawling, walking, running, and exploration. Cries become intentional solicitations; babbling becomes conversations ripe with rich vocabularies and storytelling. These and innumerable other achievements attest to the growth trajectory, both in terms of overt actions as well as in mental capacities for thought and imagination.

As social creatures, humans depend upon a relationship with others to foster and promote these remarkable achievements. We are born into a complex network of relationships that influence the patterns and capacities of the participants bi-directionally. That is, both child and adult are transformed by their relationships to each other.

Whereas modern neuroscience has advanced our understanding of how our brains function, the experience of living—our phenomenology—is yet to be understood through such reductionism. As I used to tell my graduate students, we can explain how a watch works to measure time, but no amount of knowledge at that level will ever explain the phenomenon of time.

Psychotherapy addresses lived experience of phenomena, central to our being. Children, like adults, have a lived experience that is fundamental to their sense of self and their identification with others.

In these critical early years, children are subject to a myriad of socializations. The child creates mental representations as templates for how the world works, what people are like, a sense of self, and an understanding of what their emotions mean. All these creations are co-constructed through a child’s relations with others.

These meanings establish subjective “truths” that may be ineffable and therefore subject to interpretation by others. A child, for example, who feels restless, distracted, irritable, and forgetful may be interpreted by a parent, teacher, or doctor as having an attention deficit disorder. The child’s subjective truth may be an expression of worry, anger, or loss stemming from their own account of what is happening in their world. Perhaps the child had a pet die or run away, or the child may have recently moved to a new home or school. The child may be reacting to parental arguments that threaten the stability of the home, or perhaps a new sibling that conjures up feelings of jealousy.

Without considering the context of the child’s life, any manipulation of their behavior in the service of adult convenience runs the risk of estranging the child from themselves. Thus, my overriding rationale for working from a psychoanalytic orientation is always to consider the person over the diagnosis and respecting the context and integrity of the mind.

While psychoanalytic theories have been criticized for their esoteric jargon and complicated dynamics, they can also be highly informative models for appreciating the uniqueness of the human experience. When asked how psychoanalysis can benefit children, I respond that children’s minds are no less complex than those of adults and deserve to be recognized accordingly.

If you are interested in working with children, you may find the course, Psychodynamics of Child Abuse and Trauma, helpful.

How Lacan’s theory can be helpful in psychotherapy may not be obvious and is often overlooked.

The theories and concepts of French psychoanalyst, Jacques Lacan, are considered by many as among the most significant contributions to psychoanalytic thinking and praxis since Freud; yet his work is largely unknown to many American psychotherapists. Lacan is mostly known in the US in terms of applications to literary criticism and socio-political theory, and those who are familiar with Lacan typically describe his contributions as intriguing, but esoteric and enigmatic. Much has been written regarding Lacan’s philosophical, political, and mathematical influences, but many Lacanian theorists have adopted an obscure and cryptic style, perhaps in homage to the master. Discussions have tended to be abstract and esoteric, making their practical application to psychotherapy difficult. Whereas Lacan’s concepts are complex, both philosophically and logically, my reading of his work suggests that he sought to promote creative and relevant applications by clinicians. Lacan’s theory can be helpful in psychotherapy–his constructs can be helpful in guiding one’s thinking in the clinical process.

Let me be clear—I do not consider myself to be a “Lacanian,” nor do I apply his concepts in what some may consider an “orthodox” manner. Rather, as a practicing psychoanalyst and psychologist of over 35 years, I have sought to integrate the wisdom from many theories and mentors. Lacan’s writings, published as Écrits, include discussions of art, literature, religion, culture, philosophy, and music, all as expressions of the human experience that are essential for venturing into a serious consideration of the psyche.

My original attraction to Lacan came from my interest in psycholinguistics. As linguistic creatures, our conscious thoughts are structured by our language. Lacan, perhaps more than any other psychoanalytic theorist, emphasized the role and function of language as the organizer of the mind.

Language serves as a vehicle for communicating subjective experience into a shared collective objectivity. In speaking, the person enacts their language to externalize what is intuitively known internally. This externalization is always an approximation of the internal known, and thus constitutes a compromise formation. In this way, speech is symptomatic of the unconscious since this linguistic translation is an approximation, adapting the subjective into the objective, with some aspect of that private experience being lost and changed in translation. The important question for psychotherapy is, what is being approximated? For Lacan, the answer is the patient’s personal truth. The speaker (Subject) works toward expressing a personal private truth by speaking in a language that is not their own but is required to be used for social discourse. The fact that all participants of that language/speech process are expected to use their language conventionally makes neurosis inevitable.

The enactment of language through speech or conscious thought must always be considered in a relational context, or discourse. Lacan proposes a psychologically-based model of social discourse that is informed by structural linguistics, political theory, and psychoanalysis.  He offers four structures that are contexts in a social exchange. These four structures are his discourses of Master, University, Hysteric, and Analyst, which serve as archetypal categories for social relations. Lacan’s discourses are comprised of a Subject, as the agent who initiates the communication, and an Object, as the “Other” who serves to complement the dialectic. When engaging in speech, the Subject’s motivation is an unconscious derivative of a subjective truth. This truth is “known,” but ineffable. Through the dialectical exchange with the Other, a product in the form of a verbal response is created by the Other for the Subject. In this way, the Subject’s truth is named by the language of the Other. By naming the Subject’s truth, one is subjugated into a social order that compromises the Subject in accordance with social convention. As was stated earlier, the process of socialization necessitates compromise and thereby ensures a degree of self-alienation.

Each of the four discourses establishes a variant in the dialectic between the person and others. The intent behind psychoanalysis becomes the empowerment of the person as their own master, without the necessity for the subordination by another. Lacan confers upon psychoanalysis an ethical directive to allow the patient the authority to know their self. Lacan’s theory is helpful in psychotherapy even through its emphasis of this directive.

This pursuit is different from a medical or scientific agenda where the removal of symptoms is the goal. Symptoms and complaints expressed by the patient are respected as statements attempting to speak a personal, private truth known only to the patient, but repressed from speech owing to the inadequacy of language. The medical agenda for reducing or eliminating symptoms is at complete odds with Lacanian therapy. Emotional suffering, in this regard, demands understanding by and for the patient alone. Implicit in this suffering lies a passion and desire that eludes direct linguistic expression, yet may be knowable from recognizing the limits set by language. Herein lies the neurotic dilemma of speaking the unspeakable to another who is likewise a divided self.

It is important to reiterate that the focus of treatment is the patient in relationship to others. This position is in contradistinction to those forms of psychotherapy aimed at altering psychic structures such as the ego and its defenses or in working toward the targeting of specific symptoms. Lacan adopted an epistemological stance consistent with systems theories. From this position, a patient’s psychic conflict arises from an effort to preserve sanity in the context of living among others. Contemporary clinical psychology and American psychoanalysis tend toward promoting change in the patient by addressing diagnosed psychopathological conditions that are constellations of symptoms. The current Diagnostic and Statistical Manual of the American Psychiatric Association (DSM-5) and other nosological systems such as the International Classification of Diseases by the World Health Organization (ICD-10), give primacy to the disease (disorder) and secondarily to the patient wherein it is thought to manifest.

I have found that Lacan’s key concepts are helpful in understanding and guiding the therapeutic process. As clinicians, our primary tool for treating patients is rooted in our use of language to communicate and approximate understanding. Understanding, itself, is a lifelong pursuit that may be fundamental to the mind and our sanity. Lacan’s theory can be helpful in psychotherapy.

If you would like to learn more about how Lacan’s basic constructs can be applied in clinical work, please see the video course, Lacan – Inspired Psychotherapy (4 CE Credits). In it, I review the basic constructs and apply them to two clinical cases. For a more thorough review of his theory in a reading, please see the course based on an article written by an expert on Lacan: Jacques Lacan: Introductory Overview (4 CE Credits). 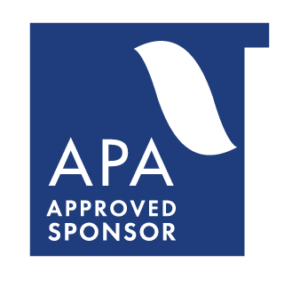